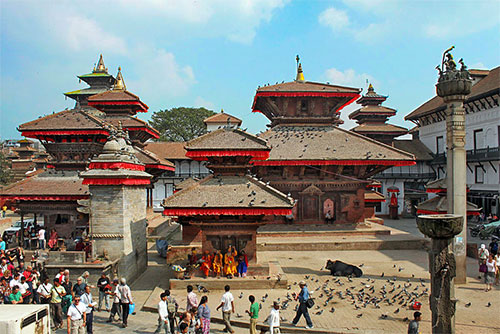 Several buildings in the Square collapsed due to a major earthquake on 25 April 2015. Durbar Square was surrounded with spectacular architecture and vividly showcases the skills of the Newar artists and craftsmen over several centuries.